The Bicolor Angelfish, also known as the Two-color Angelfish or the Centropyge bicolor, is a species of marine fish that is native to the Central Pacific region. It is a small fish, typically growing to a maximum length of about 8 inches. The Bicolor Angelfish is distinctive in appearance, with a bright yellow head and a blue-black body. It is a popular species in the aquarium trade and is known for its beautiful coloring and peaceful nature. In the wild, Bicolor Angelfish can be found in reefs and lagoons at depths of up to 100 feet, where they feed on algae, sponges, and small invertebrates. They are typically found in the central Pacific region, including Fiji, Tonga, and the Marshall Islands. 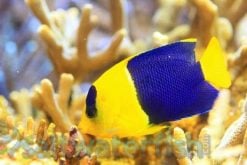 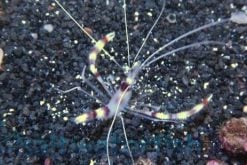 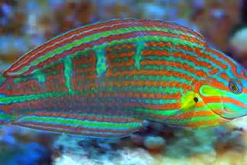 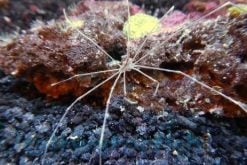